I knew he would be strong for the kids, walking over to him slowly pulling him into a hug. One thing I knew he needed. Whether he wanted to admit it or not. I didn't let him go because I knew he may need an outlet to be able to grieve. Something he didn't really get to do with Addison or with his aunt's funeral and now his uncle's.

I was slightly surprised by the fact that Juliet just put her arms around me -- it was as if she knew what I needed more than I did myself.  I held her close to me, borrowing some of her strength, feeling myself let go slightly.  I took a deep, shaky breath and pulled away from her, wiping at my eyes.  "I think... I think we need to check the kids... get over to the church," I said, trying to make my voice sound strong, but failing.

With Emelyn by my side I was able to move. It seemed so wrong to be here saying final goodbyes. I needed to be able to get through today. After I had finally gotten the nerve to go up to his casket. I sat in the front left side of the church as I waited for the ceremony to start.

I took a deep breath as I looked around, there were a lot of people. Professor Lupin had touched a lot of people's lives. I squeezed Lincoln's hand, hoping to give him some of my strength. I knew this would be hard for him, the lupine were his fist real family. I looked up at him. "He was a great man." I sighed, trying to find the right words to say to make everything better. I knew there was nothing though. "Is there anything I can do for you? He was like a father to you."

I took Elliot's hand and looked over at her. "You okay?" I asked gently. We were both close to Professor Lupin and I knew dad was like a son to him. It was going to be a hard day for everyone. I placed my head on top of hers. "It'll be okay." I tried to assure her. I watch mum and dad who were standing in front of us, not moving. I couldn't blame them, I felt rooted on the spot too. 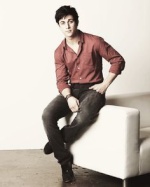 I looked over at Percy.  Bless him.  I squeezed his hand and said to him softly, "Go to Penny.  She needs you more than I do."  I was able to stand back up and went over to where Will and Emelyn were and sat down next to my grandson.  "How are you two holding up?"  I knew it was a silly question to ask, but I needed to try to make things better for them.

I walked with Mum and stayed back while she spoke her goodbyes.  I was barely able to get through my own before joining my parents where they sat near Grandma, Will and Lucy with their families.  I did not like seeing this normally lively bunch so... broken.

I had gotten to my seat with Ember at my side. This was unbearable, I couldn't stop moving. I didn't deserve to be here to say goodbye. I killed him.....Me, one of his brothers....me Sirius Black. I had so much built in that I haven't said anything about. I knew it wasn't the best thing for me. I pulled Ember in a one arm hug as I felt like I needed to keep moving.

I walked in with Sedona and Constantine.  Dad and Juliet were behind us.  We took our seats after saying our goodbyes to Uncle Remus.  I was glad that we sat near Grandma and Grandpa.  I looked over at them and could not believe what was going on.  First Aunt Chloe... and now Uncle Remus.  I felt so upset that I was going to throw up.  It was horrible. 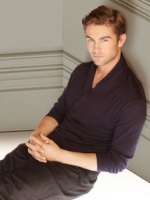 I was in between both of my brothers and I held onto their hands as we waited for the final few to take their seats for the ceremony to begin.  How could anyone get through this?  It had been horrible with Auntie Chloe...

We had gotten to Uncle Remus' funeral and it just didn't seem real. Everyone was so sad....which I got myself included. I just looked around the church, to see Gramps who was barely holding it together with Nan. To Uncle James who was standing in the back of the church to what seemed like Aunt Lily's doing. My eyes peering back up to the front where Uncle Will, Aunt Lu, and everyone was sitting. Myself sitting in the row behind them. Hearing the choked sobs to remembering the stories that gramps told me and ryan. It just seemed like their hearts have been ripped out of them. I looked to my mum and dad and saw how sad they were and how much I would like to make everyone's pain go away. To looking to my sisters who were leaning on each other for support. I just wish I had the ability to help them. Tears starting to cloud my vision as I wiped them away as fast as they appeared.

I will miss Uncle Remus, he helped me a lot. With being at school, handling the tricky situations as he called them. When I turned a couple of the Slytherins into toads...he wasn't to impressed about that. I will ignore that on the way to his office my sisters gave me kudos. I was attempting to make myself smile or at least not feel torn apart that we have lost another member of the family. 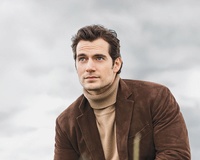 I was finally able to move.  I walked slowly up to where Remus was laying so peacefully.  I stepped away from my wife because I needed to have a moment alone with him.  I knelt down, the tears blurring my vision, and whispered to him, "Moony... I am so sorry.  I should've said it to you the moment that I freaked out on you.  I don't know what I was thinking... I wish... I need you, Moony.  I miss you so much... you and Chloe.  At least you're with your girl now... I love you..."  I stood up, shaking slightly, and took a seat next to Padfoot.

I was finally able to say my goodbyes and then the ceremony began.  It was short and sweet, something Uncle Remus would have preferred.  Then we were told by the priest to talk amongst ourselves or feel free to share stories celebrating his life.  That was a goo way to remember him... by the good times rather than this dark moment.

I wiped at my eyes and looked around.  Everyone seemed to be unsure whether or not to speak up with stories, though they were starting to move.  I knew that I wanted to go to Will, Lucy, and Lincoln.  They would need all the support they could get.

I had sat there during the ceremony with Juniper and the kids.  I had an arm around Elliot's shoulders as she cried.  I kept my emotions hidden; it would not do well for the kids to see me break down.  Chloe and Remus had helped show me that there was good in the world... showed me how to love again... to trust again.  I was not sure if I was going to be able to handle this.