The bitterness of one who's left alone -- January 1999

The bitterness of one who's left alone -- January 1999

It was after Christmas holiday and I could nto believe how different the castle looked.  Things were still being rebuilt, but it was getting there.  The rubble had been cleared from the grounds but the debris and broken walls of the school remained.  I went to the hospital wing where it was clear all the injured victims who came back or did not get transferred to St. Mungo's were still staying.  I wanted to see who was still there... surprisingly, it was almost empty.  there was one boy I wanted to see who had been in st. Mungo's until the holiday.  I had not known if he went home or not... but I started to search the grounds and finally saw his red hair -- he surprisingly was not with his twin sister.  I walked up to him, sitting on the bench.  "hey Evan... it's freezing out here," I said quietly, wishing that I had more than just my school robes on.  Evan, at least, was wearing a heavy cloak. 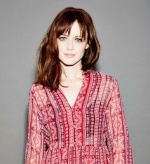 I jumped slightly and turned to see Maisie Cattermole.  I smiled somewhwat, actually happy to see her.  She was not at the battle and was evacuated... I had not known if she knew any details besides the fact that the castle had been won and the Dark Lord was gone.  "Maisie... your family okay?" I asked, unsure if anyone had fought in the battle or not.  I had been wrapped up in all of my own drama.

I enjoyed how he ignored my comment of the cold.  I nodded.  "Yep," I said.  "mum made sure us kids stayed home... Dad helped fight, though."  I was kind of surprised that Evan asked me that.  "How is everyone you care for?" I knew there were a lot of issues with his family and memories he had, though he did not really confide much in me.

I was not entirely sure how to answer.  After all the lies... did I care about Peter?  I guess it did not matter as James had killed him.  Faith and Mum were fine, though.  Professor Lupin had some injuries, but nothing stopped the Headmaster it seemed.  Those were really the only four people I cared for.  "It's complicated," I answered truthfully.

I laughed despite myself, shaking my head.  "Well... why does that not surprise me?  I haven't come across Faith, though... she's alright?" I was concerned.  She was really catching up quickly with her magic.

Maisie kind of startled me into a chuckle.  "Faith is fine," I answered her simply.  I just did not like to discuss any of my family since it was ever so complicated.

As happy as I was to hear that Faith was okay, something told me that Evan was not.  I shivered in teh cold and looked over at him.  "Do you want to talk about it?" I inquired softly, trying to keep my teeth from chattering.

When Maisie shivered, I realized I was past the point of being cold.  I was already compeltely frozen.  I peeled myself off of the bench and offered a hand to Maisie.  "Let's head inside," I said, ignoring her question.  I returned my hand back to my side once she was standing.

With his help, I stood up.  Crossing my arms over my chest as we walked, I did not bring up my question again.  I should have known he would end up brushing it off.  We were silent until we ended up in the great hall.  "Evan... you know you can't keep everything bottled up," I said, stopping at the end of the Hufflepuff House table.  "I'm here to help... if you want."  I went to sit wtih my friends, leaving Evan by himself.

I was surprised slightly by Maisie's offer.  I walked towards my own House table but was intercepted by Professor Lupin.  I had not really seen him since the battle with the Dark Lord.  "Oh... Hello professor," I said politely.

I raised my eyebrows at Evan.  "Your friend is right, though," I said, ignroing pleasantries.  "We do need to speak about what you did, too."  I found out it was an attempted suicide, it seemed, due to not having a family he could trust.  And I did not like tht one bit.

Why did everyone want me to talk?  I really just wanted to not deal with any of this.  No one understood - my memories were all lies... well, some may be the truth, but how could I tell?  Who was I?  "I'm fine, Professor," I said simply.  "And there's nothing to discuss.  I'm just happy you're okay."  That was completely genuine.

I smiled slihgtly and put a hand on his hsoulder.  "You need to talk to someone, Evan.  If it's not me, your parents, or your siblings... perhaps a friend is the best outlet," I explained to evan.  I wished he would listen.  It would do him well to speak to someone about this.  "Or a third party..."  I, of course, was thinking of a therapist.

My eyes flashed up from the ground.  "You mean a therapist?" I asked, appalled by that idea.  However, it was also slightly appealing.  I could sort out who I really was.

I nodded, sighing slightly.  "It could help," I said.  "Just keep it in mind.  I can help you as much as you let me..." I squeezed his shoulder and walked past Evan, letting him mull things over instead of bombarding him.