I was super nervous about the fact I had been Sorted into Slytherin. I mean, Weasleys were not supposed to be in that House. I went out onto the grounds and to the hut where my favorite person lived: Hagrid. My parents actually named me after him and, even though he had retired from being the Groundskeeper, he still stayed in his home on the grounds. I knocked on his door and when the half-giant opened it, I grinned at him.

"Hagrid!" I said, giving him a big hug. "I brought you some of your favorites." I pulled some peanut brittle out of my robes' pockets. He had a soft spot for me and I knew bribery would help ease the shock of my House even to him. 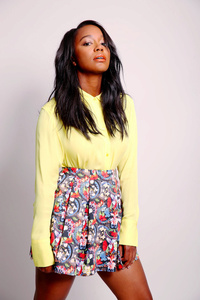 I smiled at my little Ruby. "Yeh know yeh don' need to be spoilin' me," I said, letting her into the house. I did take a piece of the peanut brittle right away though. "What are yeh doin' down here so soon? Are yeh excited to start up classes?" I started making us some tea because I knew she was going to want to talk about the Sorting Hat's decision for her. 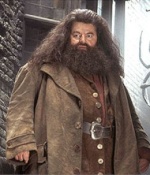