It was one of the first Saturdays after classes and it was such a relief.  Already, professors were getting mental about OWLs.  I put on a long, maxi skirt with an Aztec pattern with a solid colored top on.  We were allowed to wear whatever so long as we were not going to class... for which I was grateful.  Even though I was into uidditch and whatnot, I still liked to be girly.  I had my long black hair in a loose braid draping down my shoulder.  with sandals on, I was letting my feet enjoy the last bit of warmth they could before it was complete closed toed shows for four months or so.

I just hoped that I could find a way to relax so I would not have to deal with the stress of OWLs as badly as what I was thinking they would be.  That was when I saw Reed lounging beneath a tree with a quill and a roll of parchment.  I smiled and went up to him.  "Can I join?" I asked, wondering what he was writing so fervently.

I glanced up from my writing and realized that it was Shaylee.  I raised my eyebrows at her and nodded.  "Sure," I said to her.  "But you see me writing and you want to join?  What makes you think I'm not doing homework?" 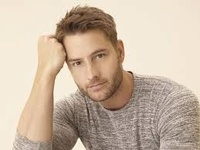 I smirked at him.  "Please, one does not look that intrigued by writing homework," I said to him.  "Besides, you don't have any school books out."  I was rather pleased that I pointed that out to Reed, feeling rather proud of myself.

I looked around me and realized I did not.  "Doesn't necessarily mean that I wassn't working on school stuff," I said to her, knowing that it was a lost cause.  "I'm just writing to write..."

I raised my eyebrows at him.  "Oh really?" I said, reaching for it, hoping to be able to find out what he was writing.

I pulled my parchment away from Shaylee.  "Ah, no," I said to her, chuckling a bit.  "You're not reading anything that I wrote."  I enjoyed leisurely writing fiction... and I never let anyone read it.

I rolled my eyes. "Come on... I'm bored," I groaned playfully. "Just let me read a little bit of it. I won't tell anyone what it says." I tried to get it out of his hands but he saw that coming and dodged me easily enough.

"Shay, stop," I said to her, pulling my stuff away from her and putting it in my bag. i did not want to share any of my writing with anyone. I was not going to deal with the ridicule from anyone. Shay was one that would definitely share all of this with anyone she could.