We were at a quiet little pub - okay, it was very noisy, but at least it was nowhere near where Sirius was being hunted -- and I had slipped off to the ladies room.  I had just made sure that I looked good in the mirror, something I would not have cared much about until recently again.  I walked out and nearly ran into somebody.  I was surprised that it was Jeremy Taylor.  I had not spoken to him much since he had kissed me a couple of years ago... when I had stopped speaking to him completely.  I would have lost my kids if I had kept talking to him, so I stopped.  I was not going to lose my family over something that may have felt somewhat good in the moment, but nothing more than that.  I had realized what was going on instantly that day and stopped.  And I went through hell to convince my kids of that.

I stared at him and could smell the alcohol on him.  "Excuse me," I said to him, trying to slip past him.  I nearly did when he grabbed hold of my arm.  I was wearing a spaghetti strapped little black dress with simple heels -- I had gotten dolled up to go on this little date with Sirius -- and when he grabbed my arm, he was touching my skin.  It sent chills, and not hte good kind, through my skin.  I stared at him.  "Jeremy, let go," I replied, completely confused as to why he had grabbed hold of my arm.  His grip was starting to hurt.

I could not remember what got my drinking on a roll that night, but when I saw Ember and Sirius walk in, that made me drink even more than the initial reason.  She had gone off to the loo looking fine in the little dress she was wearing.  When we had seen each other, she never dressed like that.  Why did she feel the need to have to impress the bloody arse who left her to go kill one of his best mates?

I waited in the corridor where the loos were and when she came out, she was utterly shocked to see me.  I grabbed her arm to keep her from walking away from me.  "Ems, come on," I slurred, pushing her against the wall a bit roughly.  "You know you can feel the chemistry between us.  There always has been...."  I pushed against her and her hands went to my chest, pushing me away, but I did not let her succeed.  I pressed my lips against hers and that was when I felt a hand across my cheek.  She just slapped me.  I stared at her.  "What was that?" I questioned. 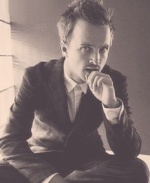 I could not get him off of me so I did the only thing I could think of:  I slapped him.  That seemed to have worked.  I stood up straighter and I glared at him.  "What was that?  That's what you have to say to me, you wanker?" I hissed at him, furious.  "What the bloody hell do you think you were doing?"  I thought i made it clear to him a few years ago where him and I stood... apparently not.  I was worried that Sirius would come back here.  I did not want a scene to be made.

Ember was taking long, I started to get a little worried about how long it was. Wondering what has been keeping me. I heard some noise over the crowd as I quick thunk. I got up and headed towards the washrooms.

I stared at Ember.  "You didn't seem to mind anything a few years back," I spat.  Of course, all we did was kiss... but if we were not interrupted, I could have convinced her to leave the deadbeat she was with.  I moved closer to her again, brushing a strand of hair away from her face.  "Ems, don't fight this."  The look on her face, though... it made me stop for a moment.  It was venomous.

Walking to the washrooms as I saw my wife and Taylor getting to close. my eyes narrowed as I strode forward. " Get your hands off her." I said as a warning. He better not think I won't level him out. I would have so much fun with that. Wrongful imprisonment, I have more then enough anger built up inside.

I nearly jumped out of my skin when Sirius rounded the corner.  My eyes were shooting daggers at Jeremy anyways, so hopefully sirius did nto get the wrong impression of the entire situation.  But the last time I had been with Jeremy flashed through my mind and I knew that I did not want to go through any of that again.

With Sirius's comment, Jeremy backed away and I managed to get to my husband's side.  I put a hand on his arm, though, to warn him we were in public.

I laughed at Sirius and Ember.  "There didn't seem to be a problem until you came back here, Black," I said to him pompously.

" Oh really....problem until I came back here?" I said as I found myself growing angry. " come on now....tell me..I can smell the booze coming off you from here. As far as I know Jeremy you never really had a chance...that must hurt. " I said viciously.

I stood between them, putting a hand on Sirius's chest and pushing him back slightly.  I was very careful not to even touch Jeremy because that would escalate things even worse, I knew that much.  "Let's just go, love," I said to my husband, not entirely sure if I wanted this to be anything more than what it was already.

I puffed out my chest.  "Oho, really?  I beg to differ.  Ems here had quite the hard time controlling herself before you escaped," I said to him, laughing.  'Snogging on the couch... you know..."

I was turning around to walk away. I will try to not bring attention to myself. I couldn't contain it, I whipped around fists clenched as I couldn't control myself. I almost laughed at the contact that happened. I punched him as hard as I could muster. Which was a lot, my wife and I will have another discussion about this. That's for sure. I looked at her as I was trying to read an expression from her and I swear I could see some truth in there. That didn't matter right now. What mattered is that Taylor pissed off. " Like I said get lost Taylor."

Oh, I wanted to kill them both.  I turned on Jeremy, pointing at him.  I told Sirius about that kiss on the couch... and the night he cornered me.  I could not remember much about that night, so I really did not have much or any recollection of what happened then -- and Sirius knew that, too.  Did Jeremy really think I would not have told Sirius any of it?  "You, leave.  Don't ever speak to me again," I said to him.  I grabbed Sirius's arm.  "We need to go.  We're drawing attention... and we don't want that."  I hoped that logic would at least get through to him a little bit.

I staggered backwards.  Like I was just going to take a punch and let it go?  As if.  I went after Sirius with a fist of my own.  I cared not if people recognized the fugitive.  It was foolish for them to be out and about even if it had been a couple of years.  Ember ended up being pushed to the side and it was ust me and Sirius.

Stumbling back as he hit me, shaking it off oh he'll pay for that one as Ember was pushed out of the way. I am aiming to end this in a couple of punches. He needs to fuck right off.