Walking the halls avoiding Potter and his fan club was not always an easy thing. Dealing with them, then having Lily come and make them stop. It seems she is the only one he'll listen too. I have been warned by potter and Black to stay away from Lily, but we are friends. We were friends before school. I am not going to stop being friends with Lily. I don't care. I was heading down the corridor, towards the entrance hall when Lily called for me. Turning towards her I smiled, " Hi Lily..." 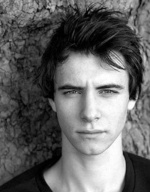 Smiling as I saw Severus along the corridor. " how are you?" I asked him as I caught up and started walking with him towards the great hall. James Potter has been driving me crazy lately and constantly bothering severus. It wasn't fair to Severus at all. I do not like bullies.

Smiling nervously as she spoke with me. " I'm alright..." I said looking around. James Potter always had this ability to show up when Lily and I spoke. " how is potions treating you?" I asked her. She seemed to excel in most of her classes. I knew that one particular potion was giving her trouble. " I have a little trick to remembering all the ingredients....just make an acronym of things you remember. " I tipped her as we walked closer to the hall for lunch.

Coming out of a nearby closet I looked down the corridor as I saw snivvy and Evans walking down towards the hall for lunch. Grinning as I felt peckish. I could always use a little fun along the way. " Oi Snivvy!" I chanted as I sauntered up the hall towards the pair as Evans plastered a glare on her face. " Come now love, don't act like you enjoy the company.." I said to her simply.

I rolled my eyes as Black came out of the shadows, " What do you want....come to bother us because your little girl friend bored you?" I replied as he told me to calm down. " I enjoy his company a lot more than I enjoy you.." I snapped.

I was meandering around the castle, telling Remus all sorts of wonderful heroic tales that I was completely bullshitting.  It was after a full moon and he did not feel like talking... but I had finally succeeded in getting Remus out of the boys' dorm and down to grab some food.  He got like this after full moons sometimes, and that was when we just entertained him.  We understood that he did not feel like doing much of anything every now and then... but we were going to just continue to try to cheer him up any way we could.  And it was no big deal that he did not really speak or fill the silences; we understood each other.

I really had not wanted to go down to the Great Hall, but James, Peter, and Sirius insisted upon me eating something... other than that squirrel that my other side apparently wanted to get at during the full moon.  The guys laughed at the fact, but I was disgusted by it.  I hated when my furry little problem did something like that.  It made me remember the few times it had gotten out of control and ravaged villages...

With my hands in my pockets, I followed James as he talked.  I had at least been able to keep something down -- and, always, chocolate.  I had a half smile on my face because he was trying overly hard to perk me up that he was doing wild gestures.  I had to smile a little bit at him.  I loved my mates when they did this type of stuff.

I stopped when I glanced down a corridor to see Sirius, Severus, and Lily.  James was in the middle of the story and would never have seen them, but i was not sure if Sirius would end up needing some backup.  If it was just Snape and Lily, then I would have kept walking.  But I never would have left one of my mates.  I reached out and tapped James' shoulder in the middle of his sentence.

"Padfoot," I said, my voice hoarse and I nodded my head in the direction.

My eyes darting to the voices on the other side of us. Great James Potter and Remus were coming down now. Remus looked exhausted and when it came to Severus I don't know what it was but they just didn't get along. Severus I considered a friend because of what he did for me when I discovered magic. He helped me realize I wasn't a freak. This is just going to start something. Looking back to Black as he spoke again. " We are going to eat Black....excuse us."

My guard up now as Black stand in front of us and now Potter and Lupin were here as well. Wonderful. I tried to get Lily to move as we were heading into the hall for food where the teachers were sitting. Hoping someone would do something. I was outnumbered and not liking this situation at all.

I was just in the middle of the best story ever -- rescuing Ember from some mishap she had as a child... that never actually happened -- when Remus said Padfoot.  I was about to tell him I was Prongs, when I realized he saw Padfoot.  I smirked when I saw Evans... but then it turned into a glare when I saw Snivellus standing next to her.

"Padfoot... looks like you might need some assistance," I said loudly as we were stil down the corridor from the other three.  Remus was two paces behind me, but I knew that he would step up if needed no matter how he felt.  Hell, he was miserable and he pointed out that Padfoot was with Snivvy and Evans.

Great here comes Potter. Rolling my eyes, " We're leaving to go eat..." I said to the three larger Gryffindor boys in front of us. I understood why Severus was tense, he should go ahead and eat with his table. Maybe I could distract them enough so he could get into the hall without ignoring every word I say. " What do you want?" I asked James.

I put a hand on James' shoulder; it was a warning.  Things did not seem too bad right now.  No reason to jump into something with professors so nearby.  "Evans, Snape," I said, lowing my hand from James' shoulder.  I knew that my greeting would be meaningless, but I always was the one who attempted to keep things calm on the marauder side while Lily tried to help with Snape.

I crossed my arms, though I did listen to Remus's warning.  He was not at full strength... and there were teachers not far.  We needed to be somewhat careful.  "I'm just here to make sure Sirius wasn't going to need back up," I said to her, keeping my eyes on her green ones.  "Just as I said."

"Hello Gents, I was informed I was just here to be mean to Snape for no apparent reason. That my lovely lady friend got bored of me. " I caught them up on what was happening. " They have also told me they're going to eat." I said as I had to think I was remembering to tell them everything. Looking to the guys and back to Snivvy and Evans, " So we are all going to eat. Let's go."