<< Yeah, I thought we were going to have it eat at Dean that he couldn't save Will... so I think that'd work best if he sees him die, what do you think?  Like maybe he has Meredith in his arms and keeps her from seeing it, but ends up seeing it himself...? >>

I laughed, but was silenced by a sound behind me.  An eerie hush went through the entire group of Death Eaters and Lupin.  The Dark Star was finally going to speak up... I loved hearing him speak.

I finally stepped forward out of the shadows to look down at Lupin.  "No... we must commend him for his bravery, even if it will do nothing for him," I said softly.  My whisper carried through the cave easily as no one dared make a sound. 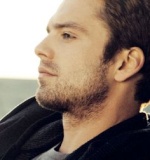 And Will's words were my cue to get Meredith out of there.  But when the Dark STar spoke, my blood ran cold.  That bastard killed Addison, Charlie, and Desdemona.  He practically killed Aunt Chloe and Uncle Remus even if he was not hte one who actually did it.  And now he wanted to hurt Will or Meredith?  No... I could not let that happen.  But I had to listen to what Will had asked me to do for him.

I could tell Dean was here. I just hoped he would get mere out of here by now. I looked to the man that stood before me who has caused more strife in my family. I'm not about to let anything happen to her. She has been feeling left out. I just wish that Meredith and the kids know how much I love them and how much I love Emelyn. I knew death may come. I stood in the way of where Dean and Meredith were.

I pulled Mere away, but I kept my eye on Will.  "Mere, you need to go.  Can I trust you to do that?" I whispered to her quickly.  "I will save your dad.  I will get to him.  But I need you to go."  I was surprised that my voice was not shaking.  I could keep calm in crisis... but I knew that I was lying to her.  I had to try, though, right?  I would keep my promise to Will and get Meredith out of there... I never said I would not try to come back for him.

I raised my wand, a dark smile on my face.  "Crucio!" I whispered with such force that the spell easily worked.  I would make him pay for taking my play thing away.  That was all Meredith Lupin would end up being for me.

I was in shock I felt like I couldn't move. Nodding to uncle Dean I turned to leave as then heard my dad screaming in pain. It hurt me so much. How could he take my place? This was my decision. 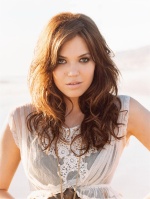 I wanted Meredith to get out of there.  "Can you get to somewhere you feel safe?  Apparate?" I asked, wanting to get to Will as quickly as possible.  I wanted to get Meredith someplace safe just as quickly.  But if I was going to go back to try to save my best mate, I needed Meredith to be able to get herself out from this point.

I nodded, " Yeah." I said to him as I needed to get out. What have I done? I pulled my wand out, as I thought of the Haven.

I was so grateful that Meredith left.  I took a deep breath and turned, hoping that I could get to Will in time.  There were only mere seconds between his screams; I knew that he was being tortured to death and I was going to do everything in my power to keep another loved one from being murdered in front of me.

I lifted the curse and smiled darkly.  "I hope she was worth it," I said.  "Too bad she isn't here to see this anymore... ah, but your dear friend is."  movement caught my eye from behind Lupin and I saw that Black was foolishly returning to try to make a daring rescue no doubt.

Looking back at Lupin, I said, "Avada Kedavra!"

I took a deep breath as I knew what was coming. I was happy with what I was doing and I needed to do it. I hoped everyone could forgive me. I heard his words I hope she was worth it. I turned to face Dean as I smiled then it hit. I couldn't move as darkness enwrapped me.

I could not believe what I just saw.  I ran forward as fast as I could -- which was not as fast as I wanted it to be since it had only been a year or so since I had my ability to walk back -- and looked at Will as he looked at me.  His smile broke my heart.  The flash of light lit the cavern up and Will fell limply to the ground.

To my surprise, no one tried to stop me.  But the laughter echoed in my head much more than it did in the cave before they all Disapparated.  I skidded to a halt by Will and grabbed my brother and I cried.  I broke down.  No one else was there; I had to.  How was I going to face Meredith and Emelyn and Charlie and Ally?  I told them I would save him... I told them I would get him out of there... get them both out of there.

I had to get him back home, though.  I calmed myself down and wiped my face of the grime and tears.  Taking a deep breath, I knew I had to get Will back to the Haven where we would then do things properly.  I stood up and conjured a coffin-like box with my wand.  Holding back my tears, I gently used magic to lift and set Will inside.  He looked peaceful and that was how I wanted them to see him.  Not to see his body fall to the ground...  Blinking hard to keep tears from falling, I Apparated back to the Haven with my brother and prepared myself to face Juliet, Meredith, and anyone else who was there waiting for us to return home safely.

Josh and I decided to go to the Haven to see the blacks. When we got there something was up and Meredith showed up looking dishevelled. " What's wrong?" I asked the group as I was waiting for a response. Then uncle Dean showed up with a large box. " What's going on?" I asked him as he looked different.

I looked up from the box and at Alysha and Meredith... I could not bring myself to look at Emelyn.  I took a deep breath.  "I'm sorry... I couldn't save him..." I said hoarsely, swallowing my emotion to stay strong for the lot of them.