Elle Harper.  I took a deep breath.  "And do we know where he is?" I asked.  I hoped that the professor had some answers for me.  How could I have a son with Elle?  She told me she was going to terminate the pregnancy... and, being the young, self-destructive version of myself, I did not even go with her.  It ate at me every single day that I looked at Madelyn and Xander.  I was stupid enough and such an asshole back then that when I learned she was going to terminate it, that I washed my hands of her and dropped off the face of the earth again.  I did not blame her for not trying to find me or reach me that she decided to keep the baby... or, if she tried, I had disappeared.

I could only imagine what was going through his head.  "He goes to school with your daughter," I explained to regulus.  "I imagine she would have mentioned him at one point or another."  Especially with how close the two clearly were. 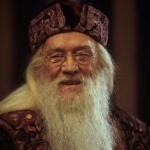 Of course... Ignatius was Iggy.  She has spoken of him plenty of times.  I looked at Dumbledore adn shook my head slgihtly.  "Yeah. I know of the kid," I replied.  I could not believe it.  How was I going to tell Aimee about this?  Would they forgive me?  I needed to ind him and explain everything...

"I have not told him about you yet," I continued telling him.  "I wanted to see if it were really you.  And, naturally,my hunch proved to be true."  I stood up from the seat and readjusted my robes.  I looked at him.  "I will tell young Mr. Harper of you, Regulus, because I gave him my word.  Do not go looking for him... let him come to you.  But I did want to give you fair warning as well so you weren't blind sided."  I gave him a nod and walked towards teh door.  I stopped and turned to look at him.  "You did wonderful helpig the Order, Mr. Williams.  Your secret is safe with me."

He had a twinkle in his eye before he left the house.  I went to the kitchen adn poured a cup of coffee and turned it Irish with some spiced rum.  I moved back to the front porch, knowing my drink would keep me warm, but my mind was no longer on the papers I was supposed to be grading.