I caught Juniper before she fell and hit her head.  I could not tell if she was breathing or not and put a couple of fingers on her neck to feel for a pulse.  I still felt one.  I heard Draco go to protect us and that was fine for the moment.  I needed him to stay vigil and not focus on his sister for the moment.  "Juniper?" I did not expect an answer.  I needed to get her away from all of this.  I did not want to go against her wishes of leaving Draco behind, but I wanted to get her inside.  I just could not take them both at the same time.

I knew who was sending the curses at us -- Carrow.  I was not about to let him kill my sister or Potter.  I could no longer support myself and I fell backwards.  "Take her and go!  I've got this!" I shouted at him, making Carrow laugh.  There was no way that he would get pass me.  He kept coming at us and the only way that I could keep him from killing us was to get him to fall first.  I saw the first word form on his lips and I knew what I had to do.  Thankfully his flash of green only hit the rubble where Potter was just standing... the flash of green that erupted from my wand found it's target.  Carrow fell.  I looked back towards my sister and Potter and saw that he had lifted her into his arms and was taking her towards the castle.

I had been doing recon on the front doors seeing if anyone was near me that I could bring into the Hall. I heard a familiar yell. The sight before me was nothing I had seen before. I knew Harry needed all of us which kept me going. I saw Sirius fighting Bellatrix, Draco who appeared farther away and James who was running towards me carrying it looked like Harry's friend. " James!" I shouted.

I was so grateful to see that my wife was okay.  I rushed to her, still holding Juniper in my arms.  "You have to take her and at least get someone in the Great Hall to look at her if you don't.  I have to go back and get Draco... they stay together as much as possible... it's a long story.  But someone has to help them -- it's not their fault.  Will you take her?  I'll meet you there with Draco," I explained quickly.  I knew that Lily did not want to be away from the fray any longer than I wanted to be.  But sometimes helping the survivors was more important than fighting.

When Blaise stood, I could see the bestial flicker in his eyes. He could smell blood from the battle at Hogwarts. With his superhuman speed, he was gone in a flash. Even though I knew I wouldn't be able to catch up to him until he stopped to tear someone's throat out, I nonetheless ran after him.

The night flashed by me as I sped toward the castle. The fiery thirst for blood having taken over, I knew that I couldn't stop myself until someone became my victim. As I grew closer to the castle, I could see sparks and flashes of spells being thrown between members of the Order and the Death Eaters, and while I wanted to get involved and help, the beast within would not have it.

Staying within the shadows, I made my way into Hogwarts. The stench of blood filled my flaring nostrils. When I turned a corner, I saw Draco. It was his blood that lured me here, its odor driving me mad. Unsure of whether he knew about my vampirism, I tried to remain out of his sight.

If I hadn't said that, he and I would never have made eye contact. What would he see in my eyes? 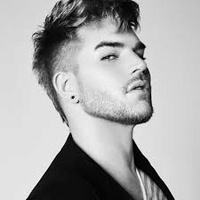 I was struggling with the fact that I had killed someone -- even someone as horrible as Carrow.  Potter had run off with Juniper, which I was grateful for.  I was down on the ground, trying to manage to follow Potter towards the Great Hall when I heard my name.  I spun around as quickly as I could, pain radiating up my leg.

It was Blaise.  I looked at him, confused.  I saw something had changed about him... he was so different.  I stared.  "Blaise... I-I can't," I said, trying to piece together why he was warning me to run.  Did I need to run from him?  I started to back up slightly; I did not even think to raise my wand against one of my friends.  I did not have to... did I?

A manic chuckle escaped me when Draco raised his wand at me. He had no idea that there wasn't a curse he could conjure that would protect him. I took a step forward, my teeth bared in a strange smile. The animal was thirsty. Draco needed much more help than his wand, especially since he couldn't move from his injury.

I blinked hard, gulping down the animal's blood lust. When I opened my eyes, I saw Draco as a friend instead of my next victim. Even though it had only been a year since my transition, I was getting better - if only slightly - at controlling the rampage. But I could feel my body trembling, the animal still trying to rise up within me.

"The blood," I said, noticing the injury for the first time. I shook my head quickly. "Here, let me help."

I walked over to Draco and, taking extra care not to look at or sniff the blood, wielded my wand. Never having been great at healing charms, I muttered an incantation and hoped for the best. Maybe Draco would get out of this encounter alive, and maybe I wouldn't have to regret killing my best friend.

As I ran toward the castle, I could hear the bangs and clashes of the battle ensuing within. I still hadn't seen any sign of Blaise, meaning that I hadn't come across anyone who looked like they'd been attacked by a vampire. My surroundings were quiet - just the thunder of my footfalls as I ran toward the castle, the panting of my breath. And the sound of someone behind me.

I dug my hand into my pocket to grab my wand, but I didn't stop running forward. It might have been stupid to give them the ability to attack me from behind without my knowing about it, but I had to find Blaise before he hurt someone.

He was alive?! That can't be! He ran down from the courtyard and I followed suit. " POTTER!!" I shouted after him while shooting curses as he ran. Grinning as one sent him flying. " Potter I will kill all of them!" I shouted. Knowing his weakness came from his mudblood mother. " You are Weak!"

I was so grateful that whatever it was that had been hanging in the air over Blaise had subsided for the moment.  I was still extremely shaken and was unsure if letting him this close was a wise idea.  He had gotten the wound to stop bleeding at least.  The bones were still broken - I could feel that - but at least maybe I would become less light headed now.  I put a hand on his shoulder.  "Blaise... are you okay?" I asked him, concern for my friend outweighing anything else I was feeling right now.  I knew Juniper was being taken care of and even though we were not together at the moment, I was grateful she was okay for now.

Tears stung at my eyes as they turned away from Draco's bloody injury trying to heal itself. I exhaled a shaky breath and tried to maintain my composure. "I... I'm fine," I stammered, my eyes shut tightly. I couldn't let them open for fear that Draco would see the animal trying to escape. "How... how's your... your leg?"

Stunners flew around me as I entered the area where many of the fighters were dueling. I fired my own haphazardly, just trying to make sure I was protected while I continued my search for Blaise. My breath was shallow, panting as I ran down the corridors of Hogwarts. There were many injuries, many bloody injuries at that, so he could really be anywhere.

I was beginning to grow worried that someone would discover him before I did and see what was behind those dark eyes. Surely they wouldn't stake him, but I couldn't be positive, especially if he were draining someone from the Order. It'd look like he were a Death Eater. He'd be lost.

"Blaise..." I whispered to myself, alone in the dark corridor.

<< Yeah, it indeed was his leg

I doubted my friend was okay; he was not acting normal.  Well, to be honest, none of us really were at this moment.  "Believe it or not, the Order is helping June... and me," I said, still in disbelief that they would want to help me.  "They can help you..."  I was not entirely sure what kind of help that Blaise needed, but he needed something.  "I'll be fine... this is nothing compared to what I've had to deal with," I answered.

I had landed myself in a smallest, quietest, and darkest corridor of Hogwarts. There wasn't any action going on here, which both relieved and terrified me. My footsteps, soft on the stone floor, echoed quietly around me. Wand at the ready, I continued forward. As I approached a corner, I could hear a couple of small voices but only caught one word: "June."

Wasn't that the name of Malfoy's sister?

With my heart racing, I peered around the corner and saw Blaise kneeling over Draco in an attempt to heal an injury. Bloodstains tainted Malfoy's robes, and I had to admit that I was impressed with Blaise not having torn out his best friend's throat. At least, not yet. As hesitant as I was about Malfoy, he seemed to be all right for the time being.

I stepped around the corner. "Blaise, are you okay?" I whispered.