I grinned at her. "No, I'm Dean... if you wanted him, you'd have to go outside... he's out there with Remus," I said, unable to contain my laugh -- which my mum has tol dme sounds remarkably like my dad's. I realized I hadn't laughed really since we broke up. I thinkthe only time I really laughed was whenever I was talking with Elena.

I smiled, " My dad was put guilty before any facts were actually known..." I said getting a little upset about it. I felt a little better feeling his warmth on my shoulder. " I know my mum's pretty awesome.." I said with a smile. " I'll keep that in mind."

I sighed and shook my head. "That's horribel," I agreed. This family had some rough times that was for sure. "But just think that hes back now and stuff...."

I had been standing by Jada when I overheard October talking about us. It was a little awkward but I didn't care to much. " I'll be back..." I said with a grin as I kissed her forehead. " I'll grab us both a glass when I get back." 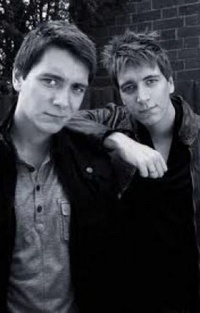 I rolled my eyes as I heard mum's comments. She really couldn't keep her cool, could she? And perhaps that was why I never brought boys home. I smiled at Fred. "Thanks," I said, watching him walk away. I grabbed a napkin and wadded it up. I then threw it at my mother and when she turned, I gave her a look and shook my head. I hoped she got what I meant.

We had gotten outside and I turned to Remus. " I have to get introduced to her boyfriend today..." I said grumpily. My little girl had a boyfriend. As much as I liked not having this many letters from teachers saying how much Elena has done. They prank together...he does seem like a good kid. " I have to not hate him instantly.."

I about wanted to hit him for that lame joke. But I was too happy with him to do so. So I settled for just rolling my eyes. "That was so original," I told him, sure that the sarcasm was evident.

I grinned at her, unable to stop. "Well... you know I have a lot more where that came from," I said, taking her hand and moving out more towards the inner of the party rather than on the edge. "Want me to get you anything?"

I turned towards my daughter when I felt something hit me. I saw the look and mouthed back to her my apologies. I didn't mean anything by it... I thought it was a compliment. But apparently I wasn't allowed to mention anything to do with Fred. 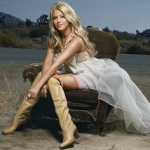 I tried to hide my smile because it was clear that Sirius needed me to be serious. But I was secretly so happy that Lucy wasn't dating yet... at least to my knowledge. "George is a good influence on Elena," I told him, I kept my eye out on them at school. "I think you'll be surprised by how nice of a young man he is... a little bit of a smart aleck, but what teenager isn't?"

I raised my eyebrows, " Ah Mooney you're wonderful...have I told you that yet?" I asked him with a smile. " She's gotten into less fights?" I asked him. I mean I would've heard about them. In one way or another. I smirked, " We were also smart aleck kids..."

I came back with the drinks for Jada and I. Smiling I handed her glass and put my hand around her waist. " Perhaps we go talk to your mum?" I asked her unsure. I mean we would have to go chat soon. I looked around briefly for George trying to notice if Sirius killed him.

I stood watching everyone with a grin on my face. I was so excited to see Dean and Addie talking to each other, seeming to not want to go a minute without at least a hand on each other (but not in a bad way!). I saw Elena talking to George in a quieter part of the room and smiled. I was so happy to see everyone milling about. I did notice Jetty off by himself and felt bad. I meandered over to Dean and said, "Sorry to interrupt... but could we maybe include Jetty a little bit?" I winked at Addie when Dean glanced in the other direction. I knew how happy she was and i was glad that I had told her more or less to come.

I smiled, " I know...I am glad.." I now have all the men in my life and I intended to keep it that way. " So, I have been blabbering....you want any cutesy stories?" I asked him. I wanted to tell him at least one. To avoid my mother telling him all about my crush on Remus. Merlin, I hoped he wouldn;t talk to her about it. She would gladly share, I love my mother I do but I do not want her telling him that. I would never hear the end of it. " Shall we go mingle with everyone including my dad?" I asked him to know if he was up for that.

"Thanks," I said, taking the glass from him and takign a sip. I chuckled slightly and replied, "Only if you think you're up to it... she can get carried away so quickly with things. Although I'm sure Michael and I can keep her in check."