I was utterly exhausted from sneaking out and going to the hospital to see my niece and nephew when they were first born.  I realized that I had to grow up a bit, though.  Maisie and Evan were happy; I needed to stop being a jerk to him.  It was a Monday morning and I definitely felt it.  I made my way down the dewy slope towards the greenhouses a little later than normal -- but I hoped I would not be late for class.  I wanted to get into St. Mungo's so I had to keep taking Herbology after OWL level.  I hated how class was this early and that it was not time for first years or something.  Why put us older students through the pain of having to wake up early on a Monday morning?

I saw that the rest of the students were just getting let inside one of the less used greenhouses and I fell in line behind Parkinson.  With it being NEWT level classes, we were at least no longer separated by Houses.  We moved so we were all by different tables that Sprout had set up for everyone.  We were to be learning about Dittany and all of it's healing powers.  We would hopefully start extracting some of juices so Sprout could give some to Pomfrey to make some Essence of Dittany vials to help quickly heal some wounds that may happen during classes and the like.

Once we were getting to work, I looked at Parkinson.  "This will be helpful for us, anyways," I said to her as we were both interested in becoming Healers. 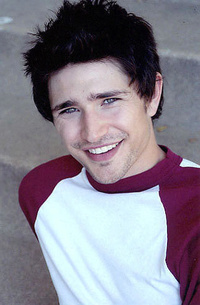 I looked up at Cattermole and smiled slightly.  "Ah, that is very true," I said.  He had overheard once that I wanted to be a Healer and that struck up a conversation between the two of us.  "Well, we're not making the potion, though, we're just gathering one part of the ingredients for it."  Which was slightly unfortunate.

Parkinson was right about that.  "Yeah," I said, shrugging as I worked.  "I wonder if we will get experience to create the potion once we get farther along in Potions."  That would be the best idea if I were the staff at this school.

Oh, Cattermole had an excellent point.  I shrugged, blowing a stray strand of hair out of my face as my hands were busy.  "You'd think that'd be the way to go... but it might not happen that way," I said to him simply.

I yawned and nodded.  "Yeah, things tend not to be extremely logical around here," I said, chuckling.

I chuckled. "Oh, am I boring you?" I teased, making fun of the fact that he was yawning. I could not believe that I could easily talk to him -- being a Hufflepuff. I wanted that to be my first thought not the other way around -- the way my parents would have wanted me to think about the Cattermoles.

I was startled slightly and then smiled easily at Parkinson. "Nah," I assured her, "I snuck out to go see my niece and nephew being born... well, I didn't watch -- that would be weird -- but I at least got to see them right after they were born." I realized how odd it would be if I watched and I did not want her to think anything like that about me.