I had somehow gotten asked to take everyone to a karaoke bar I couldn't believe they had gotten me to agree. Finishing getting ready I looked at myself as I waited for everyone else to get here. We were hitting the bar of my choosing I just hoped the guys would behave.

I looked at Lily with a grin.  "You'll be fine," I assured her.  I saw that Sirius and Ember were completely comfortable in this atmosphere.  Remus looked a bit worse than Lily.  It was hard to tell with Chloe.  And Peter... well, Pete looked like he wished to be anywhere else.

Of course we had to do some karaoke singing.  Sirius and I were probably the ones most okay with it.  "What about a round of drinks?" I suggested, smiling innocently as I was far from being of age to be allowed to drink.  Not that it would hinder the boys by any means.  The guys and Lily were going to be entering their seventh year, Chloe was going into her sixth, and I was just going into my fifth.  But none of us ever really cared for the age difference too much, anyways.

Why did we have to do this? I hated getting up in front of people. I just sat in the chair and tried not to be chosen to go up and humiliate myself. 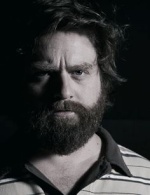 Sirius and Ember were rather entertaining and quite comfortable with the entire atmosphere. I looked over at Chloe. "I am not entirely sure if I want to be here," I said to her. I knew that James and Sirius would end up making me feel more comfortable -- at least, trying to make me so by getting me some drinks or something.

Nodding to James, " I'll be fine when I know that everyone will behave themselves." I said pointedly. " I'm not being unreasonable here by preparing for the worst. " I said defensively knowing everyone's natures thinking it wasn't to bad for me to be thinking of the worse case scenario.

I head what Lily said and laughed. "Erm, yeah, preparing for the worst is literally the best case scenario with you lot," I pointed out playfully.