I had finally gotten custody of Phoebe.  My cancer was not in remission yet, but I was the much better suited parent over Dahlia - she had turned to drugs and other things, putting my daughter at risk.  I was not okay with that.  She was three years old and deserved far better than what she had been getting back in Australia.  Child services were going to be there shortly to drop off my daughter.  I had made arrangements with Professors Lupin and Longbottom - since they were the Headmaster and Deputy Headmaster - about me having Phoebe in my quarters at Hogwarts.  I was the primary Healer/Nurse at Hogwarts now as Pomfrey finally retired once she knew that I was well suited for taking care of the students.

With me being the only parent for Phoebe, Lupin and Longbottom assured me things would be okay for her to stay in the Hospital Wing area with me.  Of course, the house elves would help care for her when I was unavailable and I could stay in Hogsmeade with her so she would be a little safer than with a bunch of students learning magic.  It was a perfect scenario for something that was horrible.  But I had not really seen my daughter for a little over a year.  I could not wait.

The man walked with Phoebe McCullum towards her new permanent home.  He saw her father and, when they were close enough, let the girl run up to her dad.  The man smiled and wathced the scene.  "Mr. McCullum," he said.  "You'll b epleased to hear that all the papes are in order... and your daughter is finally solely yours." 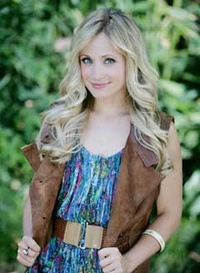 I smiled and shook the man's hand.  "Thank you so much," I said to him.

he nodded at me.  "Of course," he assured me. "And Mr. Lupin wanted to me to assure you that he was pleased to help give you all the help you needed because of being a character witness and the like."

Of course he was talking about being a voucher for the way my health affected me.  "I still can't believe he helped.  I know you all helped so much... I am so grateful."

The man smiled at Graham.  "I will leave you and your daughter to spend time with each other," he said happily.  "These are the moments I do enjoy... not the other way around.  I'm glad this worked out for the best."

Phoebe looked at her daddy and smiled.  "Love," she said sweetly.

I thanked the worker and pulled my daughter into a hug.  "You are the most beautiful thing, Phoebe," I said to her sweetly.

I giggled and hugged him tight.  "Missed you," I said, not letting go.