Personality: Leo is protective, intelligent, an extrovert, tends not to get involved in a lot of drama.  He enjoyed goofing off, but enjoys being in the background and just to be an observer.

Before School Years: Leopold Remy was born prematurely at seven months of age or so. He was born into the family when there was a lot of drama going on... his middle name is in honor of his grandfather. Leo had a lot of fun growing up as an only child yet having a lot of siblings at the same time.  He preferred it that way, to be honest.  He had gotten really close with Sedona when they were young mainly due to their parents thinking that they needed to fall in love.  Of course as a child that was just a silly thought.  There was no way he would fall in love with his best friend.

During School Years:  Leo's favorite subject was Charms.  He excelled in it; he was always the top of his class at least in that subject.  He was a great student in other classes, but Flitwick had a soft spot for him.  It was great, really.  If he ever had an issue with anything, he would go to Flitwick before going to the Headmaster -- who was actually his grandfather.  He tried not to have any special treatment, but that was almost impossible... causing him to get the brunt of teasing from the Slytherins.  He was able to hold his own against them, though. Leo loved having some friendly competition with Alysha. They always gave each other crap about who was better in Charms... it always led to an interesting conversation to say the least.

Leo thought that he knew and understood his best friend like no one else. But in their later years at Hogwarts, he realized how mistaken he truly was. 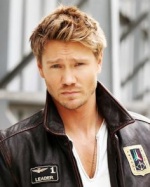 I am not lucky, but hey Dona.

*laughs*  Please... don't start that too.  I think Mum and Uncle Dean are bloody nuts.  Dona and I are friends... we will never date.  *shakes head, still chuckling*

Seriously, Alysha... we're just friends.  We don't even flirt with each other.

I'm glad we got that cleared up.

Leo you're such a dick!

Hey! What was that for?

YOU BLOODY KNOW WHAT THAT IS FOR!