Personality:  Ayden is a mystery.  His father is a hated monster and his mother is a Healer at St. Mungo's doing all she can to help people.  He didn't know how his parents fell in love or if they even were.  But he just tries to hang in the shadows and go unnoticed.  He doesn't like extra attention.

Before School Years:  Ayden knew well what his father was.  And luckily, Ayden only got temperamental durin gthe full moons.  He didn't become a werewolf, but he always noticed that he got faster, stronger, moodier, and it always seemed like he got a little hairier.  But besides that, the moon cycles didn't affect him.  He always considered himself lucky, but he knew his father wanted him to be like him.  Probably the only reason Fenrir had a child.  So make more werewolves or something.  To be honest, Ayden wondered why his father never tried to change him.  Perhaps it was due to his mother.  Or perhaps it was due to the fact that Nolan was already a werewolf, though an abandoned child.

During School Years:  He is an excellent student, always receiving top marks.  He takes after his mother that way.  Certain kids who knew his father tried to single him out... take him over to the dark side.  But he wanted to follow in his mother's footsteps.  She had fallen ill before he started Hogwarts and they didn't know how much time she had.  So he tried to make her proud and to be better than his father and his dark ways.

Ayden never fully understood why Nolan went to Alma Aleron, but he was okay with it.  He just missed his brother.  He was happy that he left and got away from their dad, though.  Unfortunately, he lost his protector -- his mum helped enough, but when she passed it was just Ayden and his father unless Nolan came home.

He fell in love with Lucy Lupin during school.  They had much to face with having his father looming over them.  A Greyback and a Lupin in love?  That was just unheard of.  They kept it a secret for as long as they could -- nearly a year actually.  But it all came to a head one day in Hogsmeade and Lucy nearly lost her father due to what had happened.  Ayden started to develop a cure to try to be able to cure his father.  As much as he hated the man, he could not bring himself to just let him die either.

Ayden and Lucy ended up getting engaged during their last year of Hogwarts, after the battle.  So they spent their last months at school studying for the NEWTs and also planning their wedding since Lucy wanted to get married shortly after school as possible, which Ayden was perfectly okay with.  There was no point in waiting...

After School Years:   Ayden works in a research center where he is still continuously critiquing and developing the cure for the werewolf.  It is quite expensive and it takes months to years to develop each individual cure.  It has to be modified with each person's blood.   He wanted to make it where it would be less expensive and quicker to develop... but at least there was a cure.  His father was killed shortly after he graduated by none other than Remus Lupin.  He would have done the same thing since his father was going after Lucy, but Ayden had mixed feelings about hsi father's death.  He did not blame Remus, but he did feel some remorse over losing someone as horrible as his dad.  It was still his dad after all.

Lucy was finally made Ayden's wife and she blessed him with a son, Leopold.  They had a hard time going about finding a name for the young boy.  And Leo was born prematurely due to the stress Lucy was under when it came to what she had just endured... her mother in a coma and Remus having lost his memory and being a complete arse about things.  But all turned out well in the end.  Ayden was a much better father to Leo than his dad ever was to him.  He had a great example of what not to do with a child.  He was there for Leo no matter what.

When Remus left for a little while and nearly got killed by his brother, Ayden had to hunt his brother down.  It put a lot of strain on his relationship with the Lupins -- especially Lucy. 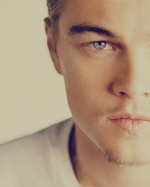 *crossing arms*  How come I have to come visit you and you can't visit me in my profile?

There are too many people in yours!  What if I wanted to be alone?

she makes a point you know

*rolls eyes*  And you just ruined my point.

Nope, not gonna happen.  You should have come stolen me away then.

I have to agree ayden

You are sooo helpful.  *sardonic look*

I know.  That's why I love them

*chuckles*  Well, I know better than to keep digging myself a hole... so I'm just going to keep my mouth shut now.

*smiles*  Hey Ally... what are you doing hiding in here with me?