I had just finished my second year at Hogwarts and the summer was going splendidly.  There was a gathering of certain people -- the Purebloods -- at the Malfoy Manor.  Father wanted me to get in with Draco; he had always put that into my mind.  Really, I rather enjoyed Draco.  He always had a presence -- even as a thirteen year old boy.  I slipped into my dress:  it was a royal purple color despite it being summer.  We were always full of hte rich, darker colors rather than the bright colors of hte summer season.  It was a slip with a lace overlay.  I put on some black flats and then went to my mother so she could magically do my hair.  For these events, everyone always dressed properly.

"Mother, if you're ready, I need help with my hair," I said to her.  I felt kind of self conscious because I was in that awkward stage of being a kid yet developing into a teenager.  I was developing up top, but I still had the slimness in the bottom half of a child.  I was not sure if I was very pretty, but at least everyone else my age was about the same awkwardness.

I walked over to my brothers door and knocked on it. "Draco, it's me." Why on earth did we have to put on theses stupid partys? I hated them. Draco and I would have to dance and play our instruments and smile. "Draco, I need to know what you're wearing so I know what to wear, what make-up to put on and what nail polish to use." We would wear matching colours, mostly for appearances. I also still had to worry about my nails, hair and make-up that was expected of the host and mother and Father were always so busy making sure everything was ready, I always had to do everything by myself...and it was never up to Father's standers. I was only thirteen years old, in the awkward stage between kid and teenager.

A small smile crept across my face as I felt my wand in my pocket. I brought it to help, since there were adults in the house no one would ever know I had done underage magic. Hopefull it would make it easier to get ready.

I heard Juniper outsie of my bedroom and went to the door, opening it.  I was hardly ready at all.  If mother or father saw me this unprepared, they would not be pleased.  I pulled June into my room and closed my door.  "I'm wearing black," I said to her, pointing towards my bed where I had tossed my dress robes onto it.  "No reason to complicate things."  I glanced at the clock.  "Mother and Father panicking yet?"

They always got nervous when time got closer to when everyone was supposed to get there.

I looked over at Draco's bed where his dress robs were laid out and sighed. "Black, really Draco? How is that supposed to…." I began but stopped when an idea came to me. It took me a moment to organize it in my mine and I nodded. "You wear that with a red rose boutonniere. I'll wear my black dress that clenches at the bust with a crimson bow and a red rose corsage. That way, I can paint my nails red to match." I turned to my brother. "I think that should be okay. Now, do you think I should straighten my hair or curl it?" I already had an idea of just putting on some light natural make-up, so the last piece of the puzzle was my hair.

"You think I'm stupid enough to be near mother and Father at a time like this? Father hates me enough as it is, there's no need for him to think I'm being annoying by begin near them." I said to my twin. "I'm sure they are panicking though, they always do."

<< So I can kind of see these parties as the type to have boutonniere and corsages but if not, just let me know and I can edit this…

I was in the Parlour, making sure everything was set up properly for the party. All the Purebloods were going to be coming over and everything had to be perfect. It wasn't the first time we were having one of these parties but it was always so stressful. I started pacing and Mentally going through everything in my mind while figuring out what still had to be done.

I shrugged at Juniper.  "Whatever you want, June," I said to her.  "I am getting to the point of not caring about these bloody things.  I know, I know -- we have to."  I did not want her to remind me of Father when he got angry.  "Just go get dressed; I'll be ready in time."

I went upstairs to the bedroom in which my younger sister, Alecto, slept in.  I was already dressed and ready to go.  "Alecto, are you ready?" I inquired, knocking on her door.  She opened it and was wearing a long, stunning gold dress.  I was rather impressed by her.  Her blonde hair was in curls and falling around her shoulders.  I pulled out my wand and created a corsage for my darling sister with white roses and golden ribbon.  I slipped it on to her wrist and created a boutonniere for myself as well.  I also changed the color of my vest and tie with a wave of my wand to match her dress.

"Shall we proceed?" I qu;estioned, offering her my arm so we could get to the Malfoys.

When I heard my brother outside of my bedroom, I opened the door.  I was twenty-three and, if I was anything but honest, rather beautiful.  I was wearing a gold dress with matching heels.  My hair was down around my shoulders and I was looking rather lovely.  I put my arm around Amycus' and walked down the stairs with him.  "Is it time?" I questioned, unsure of whether or not we would be too early.  "You know how prompt Malfoy expects everyone to be -- but not a moment too soon, though." I was wearing a cute little deep purple dress.  It was very formal and royal looking.  I had my hair pulled back in a bun and I knew that the dress was not entirely flattering, but I was hardly ever flattering with my weigh.  But I did not care.  I thought I looked pretty sometimes.  I went over to my parents.  "Is it time to leave?" I questioned. 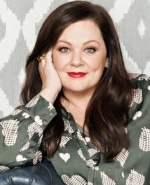 Everything was in place, except for our children.  I looked at Narcissa.  "Where are Draco and Juniper?" I inquired.  "They both better be ready by the time everyone shows up... which really is any minute.  I would like them down here playing when the guests arrive.  They ought to know this by now."  I sighed and started towards the spiral stairs to go up to where their rooms were.

I was grateful that mother left my hair down, just merely curled it for me.  I thought I looked better with it down than up.  It at least made me feel more comfortable.  She helped me finish my make up as well; she let me do it, but coached me through it so I did not mess up.  I was so happy my parents were so helpful for me.

Of course before we left, Dad gave me the normal speech about Draco Malfoy.  He wanted us to end up together so badly... to continue with the pureblood line.  He worshiped the ground Lucius Malfoy walked on, so naturally he wanted me to marry his son.

"Thank you for the corsage," I said to my parents when the produced one for me.  I smoothed out my dress once more and looked at them.  "We mustn't be late."  We all knew how the Malfoys viewed tardiness.

I quickly got dressed and situated because it was very close to the time that the guests would be arriving.  I put the boutonniere on and found Juniper.  "told you I'd be ready in time," I smirked at her while she finished her makeup.  I was not even goign to attempt to help her get ready with that... I would surely make it horrible and then we would both get in trouble.

I jumped when Draco came into my room just to tell me he was ready when I was far from it. I had been
putting on eye liner whe I jumped, causing me to jerk the pencil upward, forming a dark line on my forehand. I turned and glared at him. "Draco!" I yelled. "Look what you made me do." I huffed and tuned back to my vanity mirror and took the wipes I keep there for just such purposes and cleaned off my whole face to start from scratch. "I'll never be ready on time." I sighed. I looked around the desk and my eyes fell on my spell book I had been studying from earlier. An idea came to my mind and I got up, went to the door to my room and made sure no one was comeing, shut it and returned to my chair. I already had gotten changed into my black dress with the crimson bow and had the corsage ready to go. I just needed to finish my nails, hair and make-up. I picked up my wand as I said the spell a few times slowly to make sure I had it right. It was a simple spell to do hair, nails and make-up instantly. I knew I was underage but there were adults here. How's the Minisrty to know it was me, and not one of them, doing this spell? I turned to Draco. "I hope this works or you maybe playing a solo." I took a deep breath, turned back to the mirror, closed my eyes, and said the spell. After a moment I bit my lip, too afraid to open my eyes again. "Well, did it work?" I asked my brother.

<<thought I'd let Draco decide if it worked or not.....let me know if you want me to change it at all.

I did not mean to startle June and make her snap at me.  I sighed and waited while she attempted to do a charm to help her.  I raised my eyebrows and shrugged since she had her eyes closed.  "Yeah, I think so," I said to her, not entirely sure what all she had wanted, but it looked fine to me.  And that was when I heard footsteps.  "I will go stall him, just finish quickly."

I walked out of the room and down the hall to meet Father before he got too far.  "Father, we were just discussing the opening piece," I said to him.  "There is still ten minutes before the guests arrive which means we still have five."  I knew that he always liked us in our spots before everyone started to show up for the dinner party.

<< Draco was being nice, though it was hard to make him be that way.  He was gonna tease her and say it was a mess... but clearly he behaved >>

I smiled at Alecto and we arrived at Malfoy manor precisely on time.  Narcissa greeted us as per usual whenever Malfoy had any sort of gathering.  "You look lovely," I said to her politely -- and it was not a lie.  I always wondered how Malfoy was able to get Narcissa Black.