Personality:  Alecto is a bit on the shy side - at first.  She used to be somewhat innocent until her brother convinced her to join the Death Eaters in Voldemort's second rise to power.

Before School Years:  Ally was a bit of an accident and was actually raised more or less by her brother, Amycus.  Genevieve had gotten married and whatnot and so her twenty year old brother cared for her since their mother died while giving birth to her and their father, well, he did not want another child.  She loved her older brother and sister because they were as influential as they could be.

During School Years:  Though she was Sorted into Slytherin, Alecto saw that there was more to being a witch than her siblings tried to prove to her.  There were so many different sides to every story.  She actually befriended a Ravenclaw - Annette.  Her brother, though, was not pleased about this and neither was Genevieve.

After School Years:  Ally tried to be a good influence on Lincoln and Austin, but it was hard with Genevieve and Amycus being involved.  Then, when Genevieve got sent to Azkaban, Alecto lost her innocence.  She cared not for anything but revenge.  Only Amycus brought her to her senses and made her wait until timing was right -- which was when the Dark Lord rose again.  She stayed under the radar with different extracurricular activities to hone her ability to torture and enjoy it.  It was in small ways that she was able to hurt Lincoln because it was really his fault that Gen got sent to Azkaban prison.

In fact, Alecto had his grandmother under the imperius curse while Amycus had his grandfather under control.  It was truly wonderful to cause that little boy so much pain when all he did was cause pain to Genevieve.

I will hunt you down for hurting my son.  I'm just giving you fair warning.

You were protecting your blood, I was avenging mine.  But I regret doing such things to Linc... I always loved him when he was little.

I will never forgive you for what you did to Lincoln.

No one expects you to, Mia.  All I ask is for you to at least acknowledge the fact that Alecto realizes she was wrong... and that she's trying to make her life better.  You knew my dad, Mia, just... use that to give me a benefit of the doubt, okay?  If not Ally, then give it to me.

Erm... let's lighten the mood, shall we?

Of course you'd want to lighten the mood, Liv.

*rolls eyes*  Whatever, Slughorn.  It's not like your past is squeaky clean, either.

What is that supposed to mean?

Can I be of some assistance, Aunt Ally? 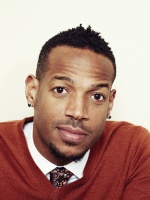 If anything, you'll just aggravate her, Brad.

I don't think she enjoys any of us in here bugging her.

No, Aunt Ally likes us, right?

I know she likes me *smirks*

I should be civil.