Personality:  Dana is a strong, independent girl.  She tries to be a tomboy, but deep down she is a girly girl.  Dana tries to keep it under her tough outer layer, though.  She fails miserably sometimes.

Before School Years:  Dana was young when her one cousin died -- barely a year old if that.  She never remembered Keegan, but she heard stories.  She loves her older cousin Elliot, mainly because they could be girly with each other.  But they definitely had to keep up with the boys -- something Dana took on as a challenge and kept up with it easily.

During School Years:  When she started Hogwarts, Reed took on a whole new look with her.  And she hated it.  He got overly protective -- at least Abel was not still in school when she started, but she still had to deal with Ian for a couple of years.  Elliot had just left when she started, so that was kind of disappointing, too.  Dana, however, was easily making friends within her own house.  She became friends with Alexa Potter and loved hanging out with her.  She always went back and forth with Lex's twin brother, Killian, and she never believed it when people said that they would make a cute couple.  Oh no, she was so not going to fall for Killian Potter.  He drove her nuts!

Hey Dana!  Reed isn't bothering you too bad, is he? 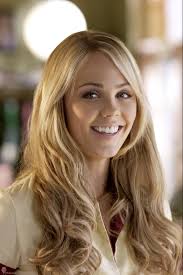 I think we all can take care of Reed...

He's scared of rats.  We could so do something with that.

He screams like a little girl when he sees them.  It's phenominal.

*grins evilly*  I found that one out personally.  I was the one who put a fake rat into his room... it was phenomenal.

Wow... I never would have pegged him to be frightened by rats.