Personality:  Ben is actually quite the average boy.  He doesn't stick out with any quirks or talents, though he is on the Quidditch Team.  He is quite talented at Potions, Transfiguration and flying, which he is okay with.  He tends to lean towards the quiet side, but is friendly at the same time.

Before School Years:  Benjamin grew up hearing stories of Hogwarts and the Gryffindor Quidditch team.  He never got to meet his parents really... but hears many stories about them too from his Uncles Charlie and Fred.  They really were not related, but they both were good friends with his parents and so they were practically Uncles.  He enjoyed the fact that he seemed to be a part of the Weasley family.  He wishes that he could have met his parents, but the heroic tale of how they died made him think that they were pretty cool people.  He grew up with Percy and Penelope -- his godparents.  He called them all aunts and uncles for the most part, but he always knew they weren't his real family.

During School Years:  Ben became a Chaser on the Quidditch Team in Gryffindor House, just like his mum.  He stayed close with Declan, even though his friend was sorted into Ravenclaw.  He excels in Transfiguration and Potions -- despite the Potions master hating Gryffindor students.  He enjoys rubbing it in the face of others that he does so well in Potions, particularly Profesor Snape and the Slytherins.  They deserve any hostility they receive.  He came to understand more fully what had happened with his parents and he found that he loved them all the more.  He ended up falling for Victoria Weasley, though he figured that he may be too old for her. 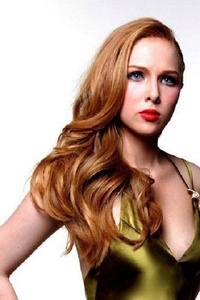 Hey there Tori! What're you up to? Not hiding out in my profile to avoid getting into trouble, I hope. *winks*

You're very right about that.  You probably have me wrapped around your finger.

*chuckles*  No... you behave yourself for the most part when it comes to that.

But it is what it is.  I know... you twins all enjoy getting into loads of trouble and mischief... I would never describe you as boring by any means

Well, at least we can say I'm exciting right? ...also I don't like being boring...

*chuckles* You are anything but boring, I can assure you

good, I'll just have to prove it more..in more ways than one..