Personality: Chloe is a very bubbly person. She figures it's the best way to ignore feeling the sorrow in her family for the loss of her younger sister Zoey. She is a very apologetic person. She's a mixture of bubbly and fun, apologetic as well. She would do anything for her friends.


Bio: Chloe is a very kind person who does what she can to help out who she can. She holds her friends close because she blames herself for loosing her sister. They were both attacked at the age of 11 years and 9 years old. Chloe had tried to get them both free of the men. Her father has now blamed Chloe for loosing Zoey due to an attack. They took Zoey and threw Chloe into a wall. Where the police found her. She has never forgotten what has happened to her sister. She just likes to help more people then talk about what happened that day. She has only told very few people like her friends and Remus Lupin. She hasn't really spoken with her father for seven years. He leaves when she goes home for the holidays. She speaks with her mum. She knows her mum resents her for making her father so upset and for loosing Zoey. She knew her mother would never tell her.

Before School Years: Chloe and Zoey were always together. Unlike stereotypical sisters. They were always together and not fighting. She would always be out with Zoey and her family. They were a very close family. That was until the girls came in to late and Shane and Katherine could not find their little girls. To have Chloe brought back to them early in the morning crying because she blamed herself for them not taking her instead. Chloe shut herself off from her parents as they did to her. They never really found out what happened other then they took her and how hard the girls tried. Chloe then received her letter to Hogwarts which she gladly accepted. She couldn't stay at her house any longer.

During School Years: Where she met her best friends, Lily Evans and Ember Potter. She told them what had happened when they were in their first year. But not to fullest extent when they got a little older Chloe found herself opening up to them and telling them how two men attacked her and her little sister and how much she blames herself for not helping her sister get out alive as well. She meets up with the Marauders as well and develops a huge crush on one of them by the name of Remus Lupin. She likes how he seems so understanding and offers to help her. She feels like they can connect in a way. They talk about school work and just about weird things sometimes. She would go on and on about him to the girls. Who would just say go for it. Remus is a nice guy. In seventh year Chloe finds out a secret and feels that they feel connected she can open up to Remus about her past a little more then she has. They go to the dance together and start a relationship at the end.

I'm shocked I'm the first one to say anything here... I figured Remus would beat me here... 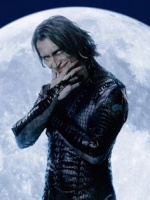 why are you here Greyback....it's not as if you two are close.

It's all right Sirius. I appreciate it....what do you want Fenrir?

I was just curious to see if she had been victimized yet... surprising to see that it hasn't happened...

Now, now, deary, I wouldn't be too sure about that.  They all cave in the end.

So I have a challenge.  Things were getting boring with me always winning with others.

Last chance get out of here NOW