Marauders Era :: Outside Of Hogwarts :: Africa

I let the tears fall as Bill ran out.  I let the memories I had of Bill and Seth fill my mind when I heard everythign start shifting.  I closed my eyes and the sight of Bill holding our son for the first time was teh last thing I saw and then I was gone. 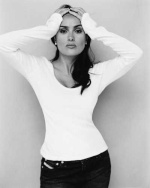 I stared at the rubble.  I could not even tell the medics what happened when the calvary showed up moments later.  I was filled with guilt and sorrow.  The only people I wanted to see were Seth, Charlie, and Tonks.  It was just days ago when I decided I needed to break up with Annette... I was still hung up on Nymphadora.  And now Annette was gone?  I felt like a horrible person  I should be the one buried in the ruble, not Annette.  She did not deserve to go like this... no one did.  And I lied to her... but I wanted to give her peace at the end... I was not sure how I was going o be able to do this and tell her family what happened and then my son was now without his mother.

Marauders Era :: Outside Of Hogwarts :: Africa