Before School Years:  Charlie is the second child of the Weasley children.  He enjoyed being one of the older ones to a point.  He was not babied, and he was quite adventerous even as a lad.  His father let him get away with quite a lot compared to his mother.  Though, as much as he tried to deny it, his mum had a special place for him in her heart.  He knew that no matter what he could go to his mum and she would forgive him a lot easier than any other sibling for any wrong doing.

During School Years:  He was a fantastic Seeker for Gryffindor, played from 2nd year until 7th year.  He probably could have played for a professional team, but playing Quidditch was not his passion.  Magical creatures -- particularly dragons -- were.  That was one reason why he latched on to Hagrid at school and was probably one of the half-giant's favorite students at Hogwarts.  Charlie became quick friends with Tonks and he even played a part in getting Tonks and Bill together in their later years at school.  Charlie was not, by far, a player, but he never had a long term relationship, either.  He wanted nothing to hold him back from his dreams of traveling to Romania to be a Dragon Keeper.

After School Years:  Once Charlie graduated, he went off to Romania to work with the dragons in the region.  He loves his job and does find the time to come home, though mainly on the holidays and not nearly as often as he would like.  Though Charlie never thought in a million years that he would settle down, he met Desdemona Quinn.  He fell for her and fell for her hard.  He took it extremely slowly when it came to the commitment aspect of the relationship due to not wanting to admit that someone finally got him to settle down.  They ended up marrying each other and having a beautiful little girl.  They decided not to have any more children when Quinn started to get sick when she was just a year old.

When Quinn turned about two years old, they had to get her to go through a kidney transplant.  For some medical anomaly, neither one of them were a perfect match for their toddler.  They had plenty of willing family, though, and they were able to make it through the transplant.  When their daughter was in her fifth year, they had another scare.  Quinn had leukemia... and she had to undergo chemotherapy.  Charlie was the first one to show how much he cared for the way his daughter felt and shaved his head so she did not have to lose her hair by herself.

After having moved back to England, Charlie ended up opening up his own dragon reservation in England.  He named it after his favorite person while at school -- Rubeus Hagrid.  Of course Hagrid was able to come to the reservation and have time with the dragons whenever he pleased.  The Weasley-Hagrid Reservation, or what Charlie always referred to it as WHR, was a huge success.  He was living the dream.

He was completely overprotective of his daughter.  Charlie was unsure if he was going to handle his daughter being a Beater, but she seemed to handle herself well on the Quidditch Pitch -- which he was proud of.

Tonks!  I just love what you've done with your hair!

You're really pulling it off.

What are you up to?

<<Oh, and I made a topic called "Playing Matchmaker" where Charlie is looking for Tonks Lol!  AND I'm having Charlie send word for Tonks to come to Christmas so her and Bill can have some fun 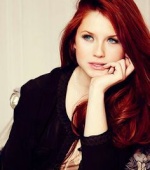 Would you like to see some pictures of some new hatchlings....?  *grins*

That would be wicked!

*pulls out cage*  Here are a couple of Swedish Shortsnouts... they're so cute.  *grins*

Nothing Charlie *wipes off forehead*

*chuckles*  You are behaving, aren't you, with Ginny?

mmhmm... I do believe I'm getting contradicting information, then, Harry.